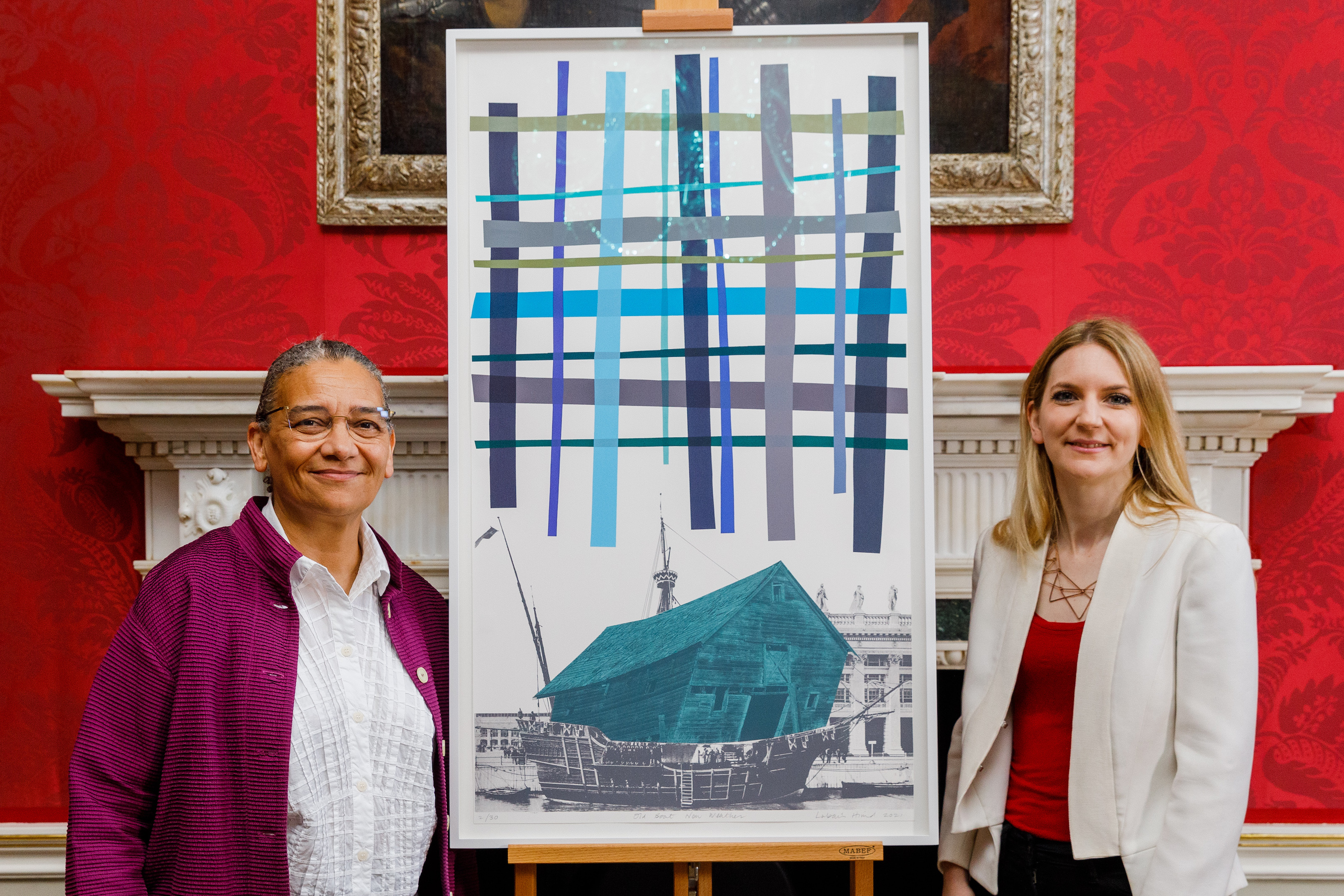 TAITMAIL Not so much a war as a board game

So how’s the culture war going? Dispatches from the front are confusing.

This particular culture war - I gather there are lots - stems from the government’s alarm at the Black Lives Matter movement removing the statue of a slave trader and the tendency for modern custodians of cultural history to talk down the Empire. So on the one hand No 10 appoints a Tory Party donor to chair the National Gallery and a right wing GB News presenter (who wrote that the murder of George Floyd was “merely an opportunistic pretext for an outpouring of self-righteous rage") to the board of the National Portrait Gallery, on the other the photographer most associated with BLM is made chair of the Southbank Centre while THE black artist known for her tropes of slavery and colonialism is commissioned to make a piece for the Government Art Collection, no less, the stuff that goes on our embassy walls around the world.

It looks like a sort of cocked-up conspiracy, and it’s hard to know how seriously to take it. Take it seriously, my advice, because this is about respect for our national memory and how we interpret it.

There is a long history of governments putting placemen onto the boards of a-political cultural institutions, but this one has taken it to a new level with two ministers in particular waging war on the woke: culture secretary Oliver Dowden and Robert Jenrick, the local government and communities secretary, with the Prime Minister and Home Secretary cheering from the sidelines. They take the view that the toppling of statues is an insult to our history and museums and local authorities should be prevented from allowing it.

It was Dowden, known in the public school boy humour of his cabinet colleagues as “Olive”, who in May cancelled the automatic reappointment of a National Museums Greenwich trustee because he was a researcher whose work included decolonising education - abandoning the assumption in teaching that the colonialised were somehow inferior to the colonialists - which led to the resignation of the board’s chairman. Dowden also threatened to reduce the subsidy to museums that went for decolonising.

And it was Jenrick who wrote in the Sunday Telegraph about the “baying mobs” of a “revisionist purge” intent on “ripping down heritage” after the Coulston statue was dumped into Bristol Harbour, and he introduced “legal safeguards” for historic monuments “at risk of removal” down to plaques on park benches - planning permission would have to be sought and he would have the power to call in any proposal he didn’t like. Jenrick has now been replaced by Michael Gove who led the Brexit campaign in order to capture “a moment of patriotic renewal” and wants Latin taught in schools again, and Nadine Dorries has already been dubbed in the press as the “Minister for Culture Wars” who will “wage war on wokeism” as she takes over from Dowden,.

The government has fondly embraced the notion of placemen on cultural boards, with sometimes very odd manoeuvres that look more like Twister than chess. Take the curious story of the Royal Opera House chair. In summer 2020 Covent Garden was in financial crisis and decided to sell a Hockney painting it had that was worth £12m. At about the same time David Ross, the opera-loving Carphone Warehouse millionaire, Conservative Party donor and alleged provider of Caribbean holiday accommodation for the Johnson household, was unexpectedly appointed chair of the opera house; a couple of months later the painting was sold at auction and it transpired that the buyer was none other than Mr Ross, who gave it back to the opera house on permanent loan. After ten months he resigned so that since May the opera house has been chaired by a stand-in. Meanwhile, Ross is still chair of the National Portrait Gallery after another curious musical chairs episode in 2017 when he stood down as an NPG trustee (as which he chaired the audit and compliance committee), only to re-emerge six months later, after a costly head-hunter search, as the new chairman.

One cultural figure the government tried to exclude from being appointed to the British Museum’s board, Mary Beard, serenely defied her cancellation and was elected by the trustees against No 10’s wishes (the BM, remember, had removed the bust of its founder, Hans Sloane, from its place of honour because he had married a fortune got from slavery which financed his collection). She writes this week that the whole statue toppling thing is much more complex than the politicians are prepared to regard it: “We miss part of the point if we think the only long-term function of these works of art is celebratory, whatever the motivations were for putting them up in the first place. The statues now have an important job to do in helping us face up to the past… prompting us to ask how much ‘better’ than them we really are, or should be”.

So actually it’s a matter of governance, of trustees like Beard making decisions based on personal knowledge, proper research, consultation and consideration, and personal favouritism of politicians should not be a factor despite No 10’s imprimatur being on key national institutions’ appointments. Sitting on the board of a cultural organisation - invariably voluntary - is hard work, not just a reward for political service or because of the promise of a donation, as John Tusa points out in his forthcoming memoir of his career as a trustee in the arts, On Board (Bloomsbury, published on October 14). “In practice, sitting on a board, let alone chairing one, is one of the most demanding, complex and taxing activities in the world of public life”.

Which brings me neatly back to that winner of the Government Art Collection commission, Old Boat, New Weather, with its dark references to the slave trade and colonial economy, by Lubaina Himid, RA, Turner Prize winner, subject of a forthcoming major Tate exhibition and Zambian born. She thinks the government might have got their battle strategy wrong.

“I think institutions are incredibly responsible, actually, and they run themselves incredibly carefully” she said on Monday. “I’ve sat on boards and from where I’m standing they are not hotbeds of radical thinking. They are respectable and respected and they should be allowed to think for themselves”. So they should be left alone to get on with it “allowed to think and talk as well”, which is partly what museums and galleries are for anyway.

As for removing statues, she finds herself standing beside the minsters on that, partly because she hates violence but also because, like Prof Beard, it limits useful debate. “This year it’s a colonial figure, next year it is somebody we care about now” she said. “I think it sets too dangerous a precedent”.

Even so, Monday’s presentation to Himid was not an encounter the new culture secretary wanted to have. Dowden was slated to do the honours at 11 Downing Street and present the award, but he’d been shuffled, and Dorries passed the duty to her brand new No 2 Julia Lopez - whose precise role in DCMS has not yet been defined - for her first official duty (in my picture Mrs Lopez is on the right). She said she was delighted that thanks to the sponsors’ generosity the work of art would be enjoyed by visitors to government buildings across the world. So no bugle sounding the charge there, then.

Unpleasant as the machinations and brayings of Dowden and Jenrick might have been, no-one seems to be taking this particular culture war seriously any longer - even the media minister John Whittingdale, whose job was to sell off leftie Channel 4 and keep the now tamed BBC in line, has been moved on.