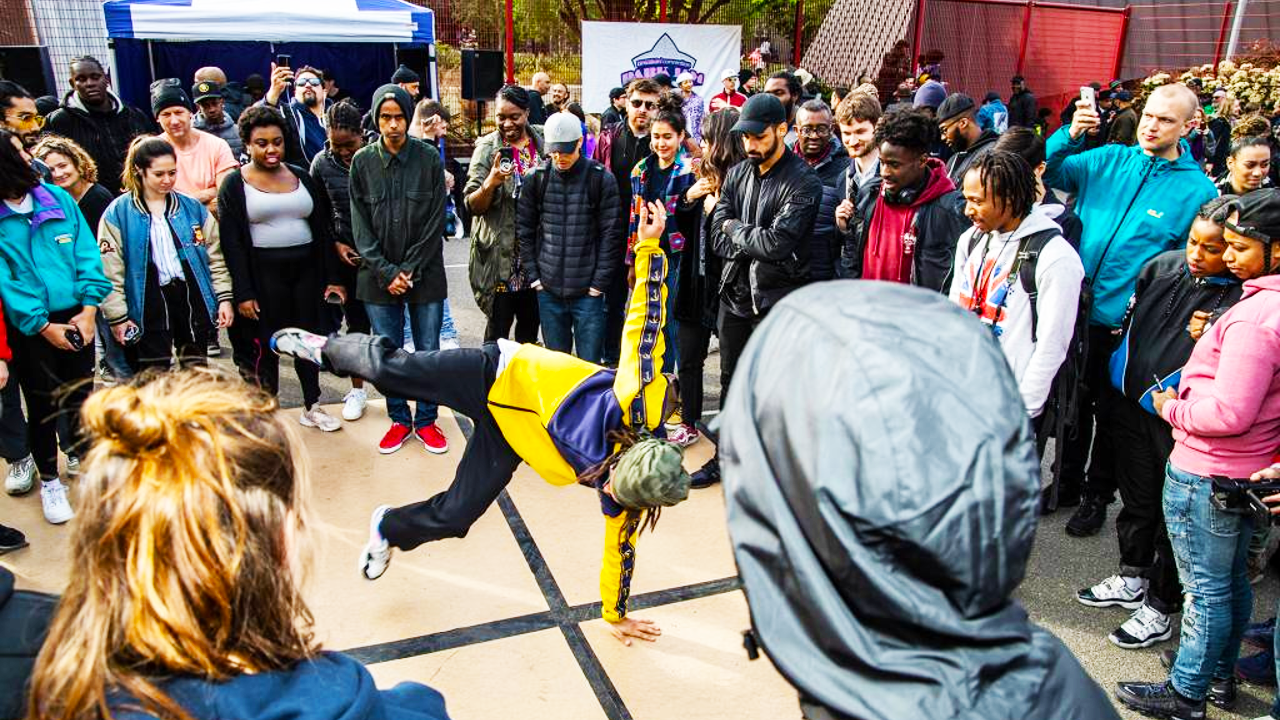 The advent of the National Lottery gave campaigners an impetus, and they even found a site at Waterloo which only needed government support, specifically from what was effectively the culture secretary, to get the fundraising ball rolling. It never happened.

Instead of building a brand new institution the nascent lottery bonanza was used for the bulk of the £54m cost of rebuilding Sadler’s Wells in Islington, and under Ian Albery it reopened in 1998 with a 1,500-seat theatre, the smaller Lilian Baylis Theatre, extensive studios and ambitions to present particularly modern and contemporary dance made in the UK and dance from overseas for UK audiences.

Sadler’s Wells led a charge that hasn’t wavered. Sales of tickets for dance events nationally rose from 1,701,798 in 2010-11 to 2,295,720 in 2016-17 - at Sadler’s Wells they’ve almost doubled since 2003 - and subsidy has gone up more than 15% in ten years, no longer the Cinderella in the Arts Council’s kitchen. Ballet, it turns out, is a relatively small corner of the dance world, but ballet is where most of the dance subsidy goes, while contemporary dance was capturing the imagination of a whole new audience, and a largely young one.

“It feels like the future” said Jonty Claypole a couple of years ago when he was the BBC’s director of arts and was introducing Dancing Nation, a bold month-long dance jamboree on TV, radio and online created with Sadler’s Wells. “In tackling some of the inequalities that still exist around the arts, you can do far worse than look at the way dance is merging traditional notions of high art and popular art, and attracting mixed, diverse, multi-generational audiences. Often you go to dance events and you feel this is where we need to be going as a nation. That’s what I find exciting.”

Nor is it just the audience that is growing. Strictly has assured the ordinary public that if Ann Widdecombe and John Sergeant can do it, they can. What Sadler’s Wells has also done, though, is embrace the kind of dance that young people have been doing for generations with the dance establishment turning a cold blind eye: in 2005 Alistair Spalding, CEO and artistic director for just a year, introduced Breakin’ Convention, a hip hop dance festival that has been produced annually ever since, with the high priest of hip hop, Jonzi D, its artistic director and now a Sadler’s Wells associate artist whose company used to have to rehearse on the concourse of the nearby Westfield Shopping Centre.

It’s hard to quantify the importance of hip hop to the opening out of dance to a diverse public, but it’s huge because of the spectrum of those who identify with it. “Hip hop culture has produced the fastest growing artistic movement on earth” says Jonzi D, an expansive personality not afraid of hyperbole. “And now breaking is going to be part of the Olympics in 2024”.

Which is sublimely appropriate, because Sadler’s Wells East is growing in the 2012 Olympic park at Stratford East, as part of the £1.1bn East Bank cultural cluster alongside the BBC, the London College of Fashion, UCL and the V&A.  It will be Sadler's Wells's centre for artist development and training, and on Tuesday Spalding announced that it would be the home of the first hip hop theatre academy and a choreographic school: “It’s an important moment in the history of Sadler’s Wells” he said “opening up all sorts of possibilities for the organisations”. 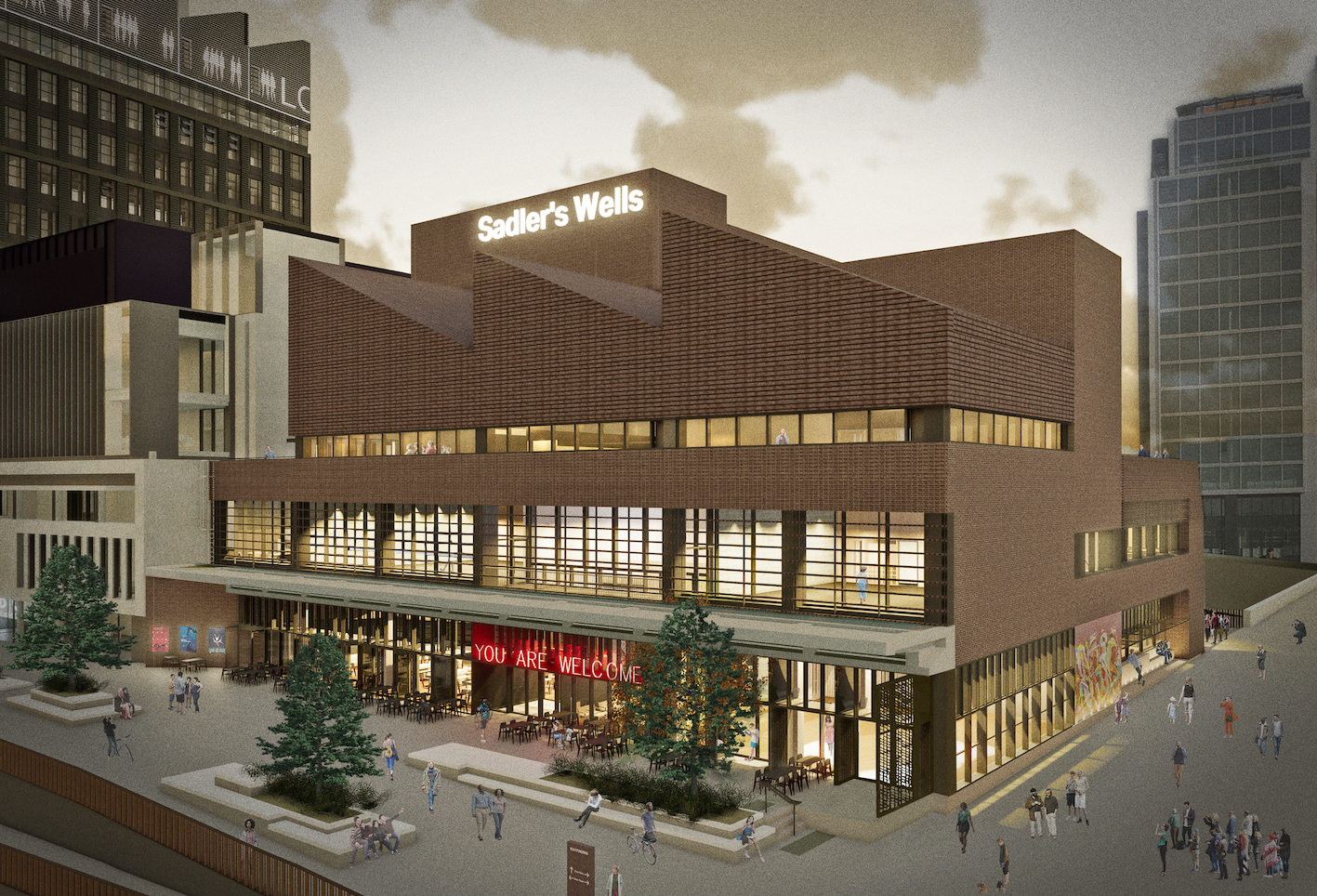 The new building (above) will have a 550-seat theatre and six studios, but much of its activity will be in the community. Sadler’s Wells  has been working with 22 schools in the East End and Islington, and running community dance programmes, and the first show in the new theatre will be by Vicki Igbokwe whose company Uchenna fuses house styles with traditional African dance, which will have both professional and amateur dancers drawn from the East End. Despite the Arts Council being scared off from funding London projects to a large extent, levelling up, Spalding says, needs to happen in these London boroughs as much as in the north of England.

Sadler’s Wells East will open at the end of 2023, but it almost didn’t happen at all. Espoused as the Olympic legacy ten years ago by the then mayor Boris Johnson and then chancellor George Osborne, it was to be largely funded by the development of enormous 60-storey skyscrapers. But it was found that they contravened the “St Paul’s Heights” planning rule, in that planning permission could not be granted if the proposed development interrupted a view of St Paul’s Cathedral from certain strategic points around London. These buildings were at least twice too high, and the whole project was only saved by a large injection of more cash from Sadiq Khan and the GLA and the continued support of the government.

The second threat to any thoughts of expansion was Covid, the event that made all thoughts refocus on survival at home. Spalding had to make more than a quarter of the permanent staff redundant and more than 200 freelancers were laid off. “That was terrible” he says. “I never thought we would have to do that”. Survival was the only criterion, but then there were grants including £2.9m from the Cultural Recovery Fund and £1.5m from the Arts Council, and the furlough scheme which allowed him to retain more staff that he feared he would have to lose. Corporate sponsors and donors stayed loyal: “People really want us to survive”.

But now work on Sadler’s Wells East has restarted, having lost a year, and the philosophy of the idea has been reactivated: it was not a clone of Sadler’s Wells Islington, a large-scale producing and presenting house with accommodation for associate artists and companies, but a new concept of arts centre with the mission to support the development and training of artists and the creation of new work, with a medium scale auditorium that could welcome  medium scale productions.

What was announced this week affirms Sadler’s Wells’s credentials for being here in Stratford with its opening production, born, bred and performed in and by the East End. The Hip Hop Theatre Academy is certainly the first in the UK, possibly in the world, and its first cohorts of 16-to-19-year-olds on the two-year course will hail from the East London boroughs, but it is not exclusive. And the Choreography School, led by the likes of William Forsythe, credited with effectively re-inventing ballet as a 21st century art form, will welcome students from all over the country, some of whom will access the lectures and workshops online.

Being "national" is not just in the title, it’s all about money. At present Sadler’s Wells receives 9% of its income in subsidy, while with the 25% the National Theatre, for instance, gets would mean Spalding’s dance revolution operating on a new national and international level, with more students and courses spreading the enthusiasm for dancing, watching and doing.  “What we’re talking about is a new platform for international performance, new infrastructures for dance” he said on Tuesday. “It’s a new mode for an arts organisation with strong community relations at the heart of a hub for creatives”.