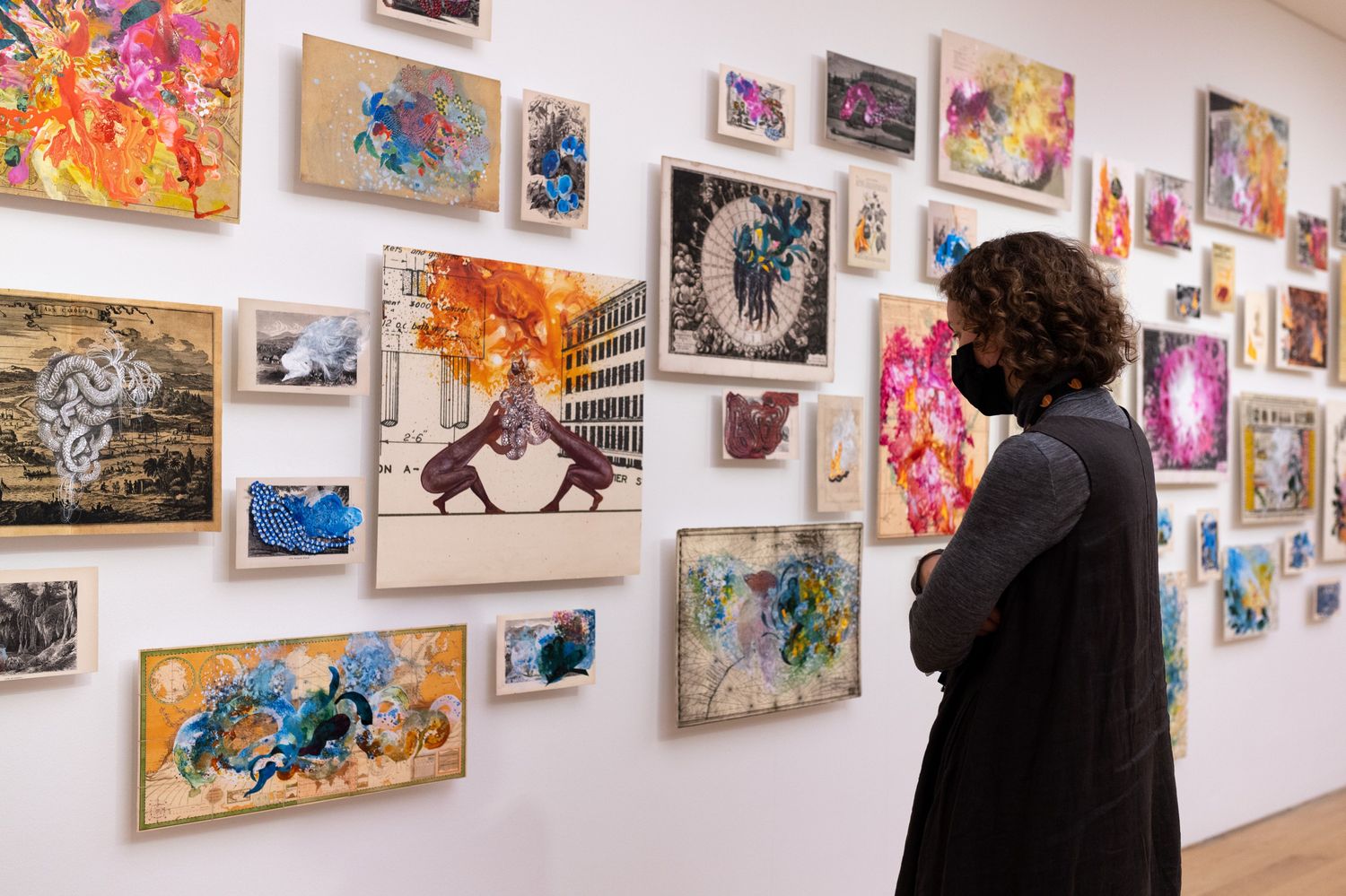 TAITMAIL Omicron: What, then, can we do?

So now what? Lockdown by any other name - no indiscriminate mixing indoors the doctors say - appears to be inevitable and with Omicron on the gallop the only question seems to be whether it happens before or after Christmas.

Last time around it was devastating. The arts lost more than £1bn and at least 40% of the workforce. Only Rishi Sunak’s £2bn culture recovery fund (CRF) prevented more arts organisations from going under, and the survivors needed a good Christmas trading this year to face the new year with any hope. At the end of lockdown in the summer they came blinking into a new world in which subsidy had already been halved in ten years, in which earnings would have to be rebuilt from zero, in which business sponsorship was effectively non-existent and philanthropy was largely down to prudent and ingenious but essentially modest granting by trusts and foundations. The three legged stool hadn’t a leg to stand on, but more on that later.

And now this. There have been no proper guidelines from the government other than, effectively, “Mind how you go”. The public, then, are taking their own counsel and cancelling restaurant tables and theatre and concert tickets, shunning art exhibitions, working at home again, and the entire run of the new musical at Southwark Playhouse, The Rhythmics, has been cancelled. The only social interaction we’re likely to see in this season of good cheer is with the person next to us in the booster jab queue.

No furlough this time, no VAT cut, no small enterprise allowance. Will the lifeline pantos, so often the bankers for theatres perennially working close to the financial edge, be able to open in January? Will the British Museum’s blockbuster Stonehenge exhibition open in February? Will English National Ballet’s financially vital Nutcracker at the Coliseum be able to complete its run?

The CRF seemed a large amount of money, but it was never going to be enough to do more than help the hitherto most successful sector in the economy to recover; having got through it we were eager to earn our way back into viability, and now this new monster threatens to negate all that we’ve been able to do since July. So far the Arts Council and the likes of the Art Fund and Culture UK (the newly fused amalgam of the Creative Industries Federation and Culture UK) have said nothing, but we can’t ignore the new situation. The door may have been shut for now but the wolf is still there and Omicron has given it a key.

We know now that Covid is here for the long term despite Boris Johnson’s booster boosterism. We’ve had Beta, Delta and now Omicron, and there’s plenty more in the Greek alphabet to mess up many more Christmases. Despite the inventiveness of the last two years, the recruiting of new audiences via digital connection, the enthusiasm of skeleton staffs, how well are the arts and creative industries prepared for the stop-start future that will leave some of them broken?

Many have good reason to bless the Arts Council for having rescued them, but ACE is part of a funding system that is no longer right for the new reality. The old aforementioned three-legged stool principle - equal amounts from subsidy, sponsorship/philanthropy and earnings - just doesn’t work anymore.

But one arts organisation that has emerged positively energised by the situation is Artes Mundi, the biennial art competition and exhibition that was a Welsh attempt to establish an international cultural reputation alongside the Wales Millennium Centre.

Artes Mundi, 20 next year, was the brainchild of William Wilkins who also happens to be one of Wales’s more celebrated living painters, and in 1999 he realised that in all the flurry to mark the Millennium there was a serious absence. “While music and literature had long been well recognised, in comparison the visual arts had an undeservedly low profile” he said when he stood down as chair in 2014. “I felt something needed to be done to make people aware of the vibrancy and quality on offer in the country and that the way to do this was to create an international profile through an ambitious exhibition and prize”.

He set it up as a non-profit registered charity, quickly got the support of the Welsh Assembly government and could have settled for that, knowing that with such an imprimatur he could be sure the thing would happen. But he didn’t rest there. Instead he garnered a range of public and private, local and national, patrons including the City of Cardiff, Arts Council Wales and BBC Cymru, as well as trusts and foundations, sponsors and philanthropists – Artes Mundi recently did a deal with the Bagri Foundation, a family charity, to fund the next two presentations in 2022 and 2024. It has partnerships with organisations such as National Museum Cardiff with which it runs an acquisition programme to add to Wales’s national collection of contemporary art – Artes Mundi’s current chair is the museum’s former director Professor Mike Tooby.

It gives the biggest visual arts prize in the country, worth £60,000, and between March and September mounted an exhibition of the latest six winners’ work at the national museum almost without breaking step for Covid.

Because of the partnerships and collaborations it can call on, the foundation doesn’t have the sometimes intolerable burden other arts organisations are labouring under: it can operate efficiently with a tiny staff and it has no building to run. For this year’s exhibition there were significant visitor numbers live and online for its exhibition, says Artes Mundi’s director Nigel Prince (who arrived in 2019 bringing experience from running Ikon in Birmingham and the Contemporary Art Gallery in Vancouver), and a significant economic impact for Wales - all despite the limits on capacity and travel that restrictions imposed. So he has been able to watch almost as an empathetic bystander, he says, as peers have had to close their organisations or operate on appreciably reduced terms.

What has to happen, according to Prince, is a rethink of the relationship between private and public funding in which previous assumptions are forgotten

This is fundamental and there needs to be action on it now - we may not be in time to overstep Omicron if we do but we might be able to deal with the next ogre. “Culture” Nigel Prince says “is one of the four necessary pillars of a healthy society, developing engaged and questioning citizens.

“Hence a greater cultural shift is needed which has to be driven by progressive, imaginative change in policy and government. The value of culture needs to be recognised in what it contributes in clear economic terms and advocacy for the benefit of society as a whole and the national image.

“And that it is not dispensable.”

There will be no TaitMail after this until January 8, although Arts Industry will continue to be updated through the period. We wish you all a happy Christmas and a prosperous new year.