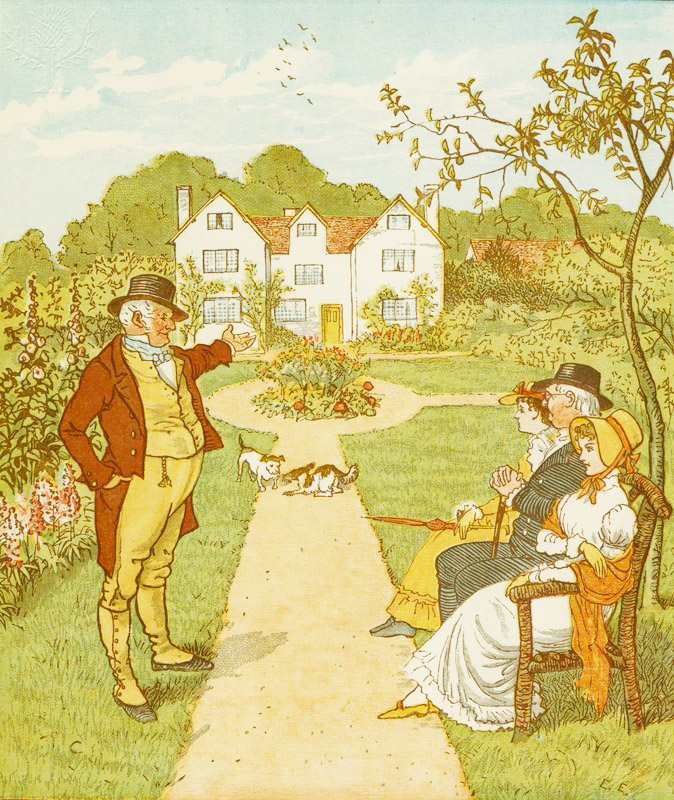 TAITMAIL The Shropshire house that Caldecott is building

We Brits love our children’s illustrators. It’s through the work of Kate Greenaway (The Pied Piper of Hamelin), John Tenniel (Alice in Wonderland) and Ernest Shepard (Wind in the Willows) that we visualise our earliest reading, and versions without their drawings just aren’t quite the same.

Though not exactly unknown, Randolph Caldecott’s name is not household in the same way, but in his time (the later 19thcentury) he was more famous than any of them, and you will recognise his style even now because it inspired so many after him (including, it seems from her own admission, Kate Greenaway). He is better known now in the United States where there has been an annual Caldecott Medal awarded for the best children’s illustration since 1937, while here in his birth county of Cheshire there is a Caldecott Society, founded 25 years ago to promote and encourage appreciation of his work. Two books of nursery rhymes illustrated by him, priced at a shilling each, were published every Christmas for eight years and the best known as The House that Jack Built (image here courtesy of Universal Images Group), first published in 1878.

But now Caldecott and the book are being invoked to inspire imagination among young people in a new competition and one-day festival set in the small Shropshire town where Caldecott lived as a young bank clerk for just six years in the 1860s, leaving when he was 21.

The festival has no pretensions to national importance, but it is a poignant example of a small community using its own cultural resources to make the most of itself and, perhaps, the region it adorns. It is the brainchild of Norma Raynes, a former professor of social care and specialist in teaching those with learning difficulties who is also director of the charity From Generation to Generation which links the young with the old.

The festival is a day-long series of events on March 19 around Whitchurch in Shropshire, but a part of it is a competition for young people that takes its theme and name from the Caldecott book and is called The House That I Built. 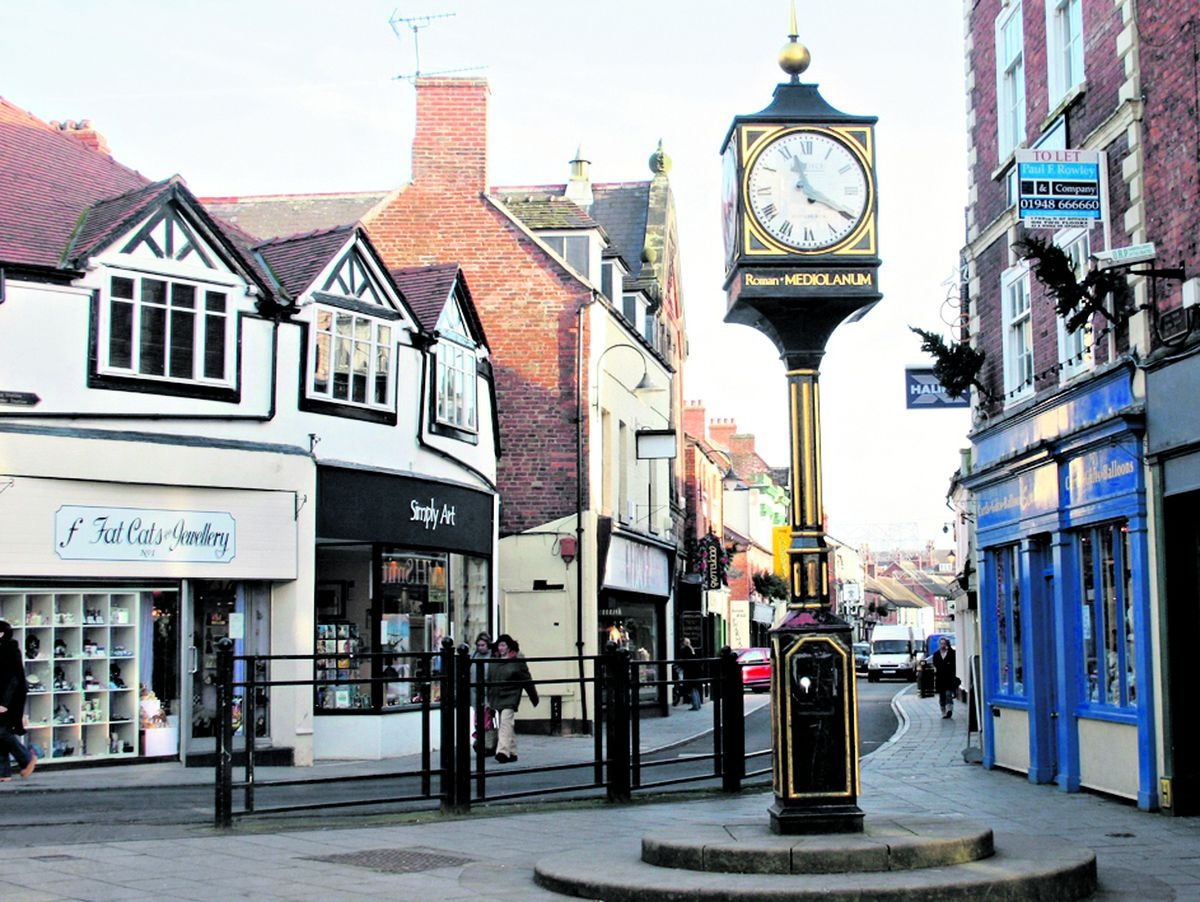 This is not just about drawing, Raynes says; it might be a piece of writing, a picture, a sculpture, a model, almost anything, because as a child Caldecott himself - “who believed that the only limit is one's imagination”, Rayne says -  used almost any means to be creative. “Is your ultimate abode a country cottage with flowers as far as the eye can see or a glass pod on the moon where twinkling stars are your neighbours?” she says. “We are so excited to see what the incredibly creative young people of Shropshire can come up with”.

Randolph Caldecott was born in Chester in 1846, one of 13 children of an accountant who had high hopes of his son’s career in banking. But he drew and modelled from the age of six, and had his first illustration published in the Illustrated London News when he was 15, a sketch of a fire he had witnessed. He was a sickly child and on leaving school his father placed him in a bank 20 miles away in the healthier air of Whitchurch. He strolled the countryside and the market town with his sketchbook. At 26 he had moved to a bank in Manchester, doing night classes at art school, and a couple of years later moved to London already able to earn his living as an illustrator. He developed a wide range of influential friends, including Dante Gabriel Rosetti, George du Maurier ,John Everett Millais and Frederic Leighton. He travelled for his health drawing wherever he went, married and moved to live in Kent, and by 1884 his nursery rhyme books had sold almost 900,000 copies. He became famous. But his health continued to deteriorate, and it was during one of his overseas trips that his health finally broke down and he died, in Florida, a month short of his 40th birthday. A memorial to him was designed by Alfred Gilbert for St Paul’s Cathedral, and there’s another in Chester Cathedral.

The festival that Norma Raynes and her circle of Caldecotters have devised is not only to celebrate the creative spirit but to establish the profile of an historic town. There has been a settlement on the site of Whitchurch for at least 3,000 years and by 1066 it was called Westune, or west farmstead, becoming Whitchurch by the time of the Domesday Book 20 years later. It now has over 100 listed buildings, and in the 19th century it became a centre for cheese-making.

Whitchurch has a population of under 10,000, a heritage centre, an amateur dramatics society and a food and drink festival. The composer Edward German and the potter Elizabeth Fritsch were born there.

But it’s Caldecott that the community has latched on to help raise its modern persona as a “pioneering hub of creativity and innovation”. The festival will open with the ringing of the bells of St Alkmund’s church and consists of workshops in various venues around the town on modelling, silk painting, animal drawing, caricaturing, illustrating, an exhibition of the competition entrants’ submissions and another of Caldecott’s work plus a talk by Caldecott’s American biographer, Leonard Marcus, in a live link.

For Norma Raynes the festival, which she hopes will become biennial, is both a bid to re-establish Randolph Caldecott as “the father of the modern picture book” but also a family event for Whitchurch and anybody else who cares to join in. “So many locals aren’t aware of his wonderful work and we want to change that with the launch of our brand-new festival” she said.

“Caldecott has inspired all of us to not only follow our dreams but understand that giving up is never an option. His influence goes further than his illustrations and we are so happy to honour his life and works in this way.”