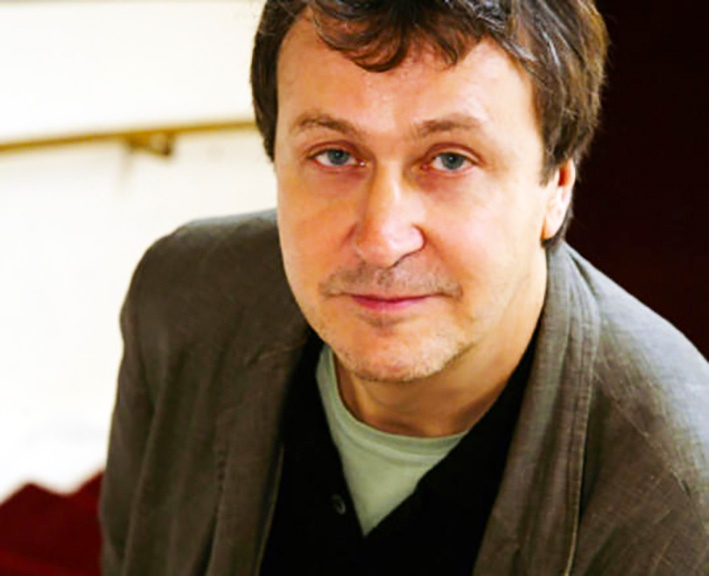 TAITMAIL How the RSC plans to make us arts rich

Twenty years ago Adrian Noble drew almost universal opprobrium when, as the RSC’s artistic director, he engineered the company’s departure from the Barbican in London (where the theatre was tailor-made for the ompany), believing that Shakespeare belongs at least as much to regional audiences who he felt had been neglected in favour of the London bright lights. He wanted to refocus on Stratford.

"This country has some great arts institutions, but if we are going to keep them fresh and relevant to future generations we have to break the mould occasionally and give artists the space to experiment and innovate” said Noble, who is pictured here in 2002. “The crucial thing about the process we have embarked on is that it gives us the flexibility to stage bold and original theatre”.

But he turns out to have been at least partially right (though the RSC has now negotiated itself back into the Barbican, as an associate rather than a resident), and his words could have been spoken by the present acting RSC chief, Erica Whyman.

Whether or not Noble foresaw the negative attitude of later governments to creative education in schools, the RSC’s re-orientation has put it into a place where it could make the possibly ground shifting announcements it did this week.

Because effectively the RSC has given up waiting for governments to find policy and funding to ensure all our young people get the advantages they could have from knowing he practical applications of art and the manifold good things that go with it; it wants to do that as well as give playwrights the platform that shrinking funding in the public sector has cut off from too many.

And there’s a messianic zeal about it that could be, frankly, scary if it wasn’t so right: “We believe firmly… that every child and every young person in this country has the right to an arts rich education” Whyman said on Monday, and that phrase “arts rich education” was repeated like a mantra throughout the Zoom presentation, and means education not just of young people.

Because the RSC is dedicated to showing that Shakespeare is relevant to life today; that the misogyny, anti-Semitism, homophobia, able-ism that is dealt with openly in his scripts are also all around us; that the human relationships he drew for us 400 years ago can be seen now; that the politics of Tudor England are recognisable today; that comedy and tragedy are unredactable parts of the human condition. There’s more to understanding Shakespeare than being able to quote wads of text in an exam room.

Before I go into what exactly was being announced this week for this arts rich education, you need to know that since that controversial move the RSC has not only expanded its presence in Stratford-upon-Avon and built a new Royal Shakespeare Theatre there, it has established partnerships with 12 theatres around the UK and with 250 schools to which it tours its specially modified productions in the First Encounters series, plus associations with 1,000 other schools. The RSC has set up a Youth Advisory Board that liaises with teachers, artists and young people to “develop a new consensus about the purpose of schools and the purpose of Shakespeare in the curriculum” said the RSC’s director of learning Jacqui O’Hanlon.

“The playing field isn't level” she said. “Some children have access to an arts rich education, and some don't, and so along with arts organisations all across the country we’ll work to change that to secure a better future for young people, and we think that better future comes when all of them have access to arts rich learning”. So Noble’s future. “We know that the combination of Shakespeare and arts rich learning is unlocking potential in children of all ages from three-year-olds up to 18-year-olds, and that kind of access to Shakespeare when it's in an arts rich learning environment accelerates language acquisition, improves attitudes to learning and life chances, and it develops the kind of skills that employers say they need in their workforce.”

So first, the RSC has made a partnership with TikTok that will allow all 14-to-25-year-olds to see any RSC production for £10, and students of any age, aimed at those living in communities facing structural disadvantage.

Second, Whyman announced 37 Plays, an extraordinary commitment to work with its associate theatres to find 37 new plays about the world in which we live now to match the 37 attributed to Shakespeare, to celebrate the 400th anniversary of the publication of the First Folio in 1623. They can be full five act plays or monologues of a few minutes, for stage, screen, radio, street, podcast, YouTube, wherever. They can be by established playwrights or people who have never tried to write a play before, and to help them there’s guidance from award-winning playwrights Mark Ravenhill and Julia Gilkes Romero. Whyman said almost exultantly that she expected to have to read thousands of scripts, and the 37 finally chosen will be guaranteed production in the preferred medium. Noble’s experiment and innovation.

This will work on so many levels: any producer will tell you we are short of new writing and this will bring all that new work via the regional theatres network; creating the work will bring writers closer to Shakespeare and help them and therefore their audiences understand his modern relevance as they match the contemporary state with that of, say, The Merchant of Venice; it will refresh the relationship between the RSC and its 12 partners; it will bring new work; it will bring new audiences to theatres desperate for new material to attract them; many of these scripts will come from school projects, so it will bring a new dimension to Shakespeare in schools. 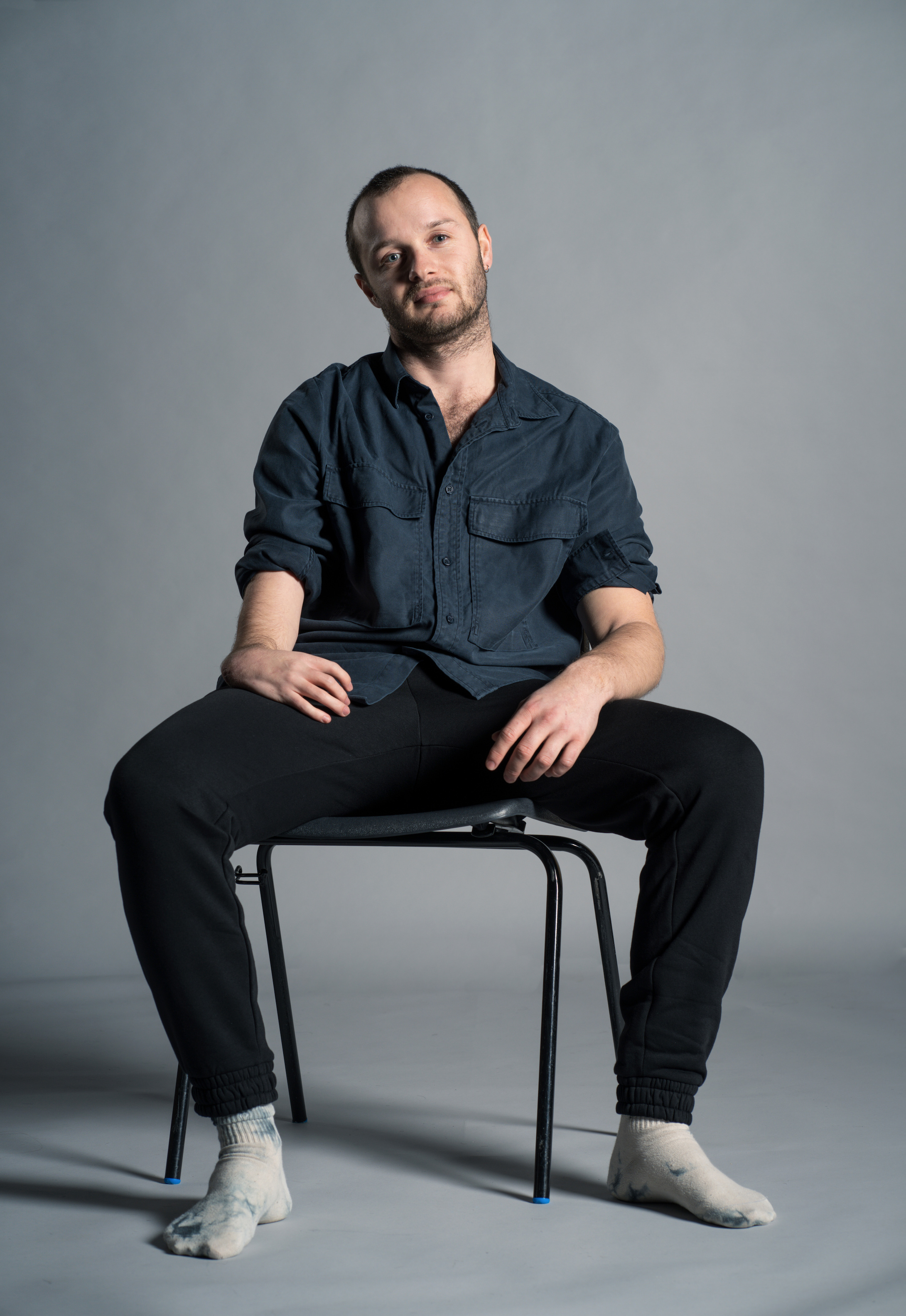 I might also mention that another announcement was that Greg Doran, the RSC’s artistic director who had taken time out to nurse his husband Tony Sher who died in December, is returning to work next season to direct Richard III, the play in which Sher created the unforgettable “bottled spider” for the title character. This new one will star - for the first time - a disabled actor, Arthur Hughes (above), who has a withered arm, as part of the policy that does not pay lip service to diversity but uses it to explore Shakespeare in its contemporary role - anyone who saw how the RSC’s “Black Hamlet”, with Paapa Essiedu in the title role, transformed the play will never forget it.

In this era of culture wars the RSC has to tread carefully with a government that has already threatened to withhold funding from subsidised arts institutions that seek to revise the approved interpretation of our national past - the RSC gets £15m of its £84m annual income from the Arts Council, second only to the amount it takes at the box office.

Whyman and O’Hanlon, who got an MBE in the New Year Honours for her work, are worried about the messaging around the importance of the arts in the curriculum – which says that arts are less valued and therefore less valuable. At the last election both main parties had in their manifestos sport and arts premiums promising schools extra funding per pupil to get access to sport and arts activities; sport got theirs but the arts premium has been somehow left in the in-tray. So they have to work to counteract that message and encourage families, schools and communities to demand their arts premium.

In saying that, the RSC is not merely challenging the government. It is simply saying that this has to happen, and if politicians won’t make it happen then we have to.