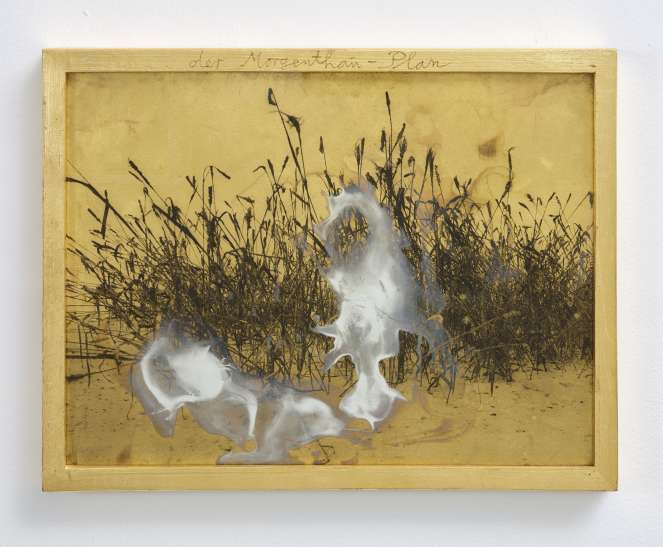 Today at a Philips auction in Berkeley Square the last bricks will be taken out of the wall hiding one of London’s best kept secrets, the Warburg Institute.

The bricks are works of art, 16 of them given by artists including Anselm Kieffer (the main image here is of his Morgenthau Plan, 2021), Cornelia Parker, Edmund De Waal and Gerhardt Richter, many of whom got formative knowledge from the institute, to be auctioned in hopes of raising the last £130,000 the place needs to complete the £14.5m Warburg Renaissance. “I always think of the Warburg Institute as a perfect, quiet place to absorb culture” says Parker.

It’s a poignant time. The Warburg, its director Bill Sherman reminds us, is the only cultural institution to have escaped Nazi Germany intact. It is a European refugee which, although warmly welcomed by Britain and now treasured by its adoptive parent, the University of London, still has backward looks to its homeland through its collections and its fundraising.

The Warburg is an enigma and the more of it you explore the more it reveals, made for Umberto Eco to weave a tale around. Above its door on the UoL campus in Bloomsbury is the knotted emblem of the sixth century scholar St Isidore of Seville with at its centre “Mundus, Annus, Homo”(“World, Year, Man”) surrounded by the four elements, the four seasons and the four temperaments. It was a familiar rebus for the early Middle Ages that neatly summarised the institute’s holistic worldview, and now symbolises the breadth of its area of research; above the inner door, in Greek this time, is spelled out “Mnemosyne”, the goddess of memory and the mother of the nine muses.

Its focus is the study of cultural history and the role of images in culture, cross-disciplinary, cross-national, cross-racial. So this is where scientific and cultural scholarship merge to give an understanding of the past as it is relevant to the present, through images: a library and research institute where scholars from many disciplines come to remember how to remember.

Yet few have heard of the Warburg, even in the surrounding University of London campus with its tens of thousands of students, many of whom pass this anonymous door every day without a second glance. It’s about to be demystified in a makeover that will throw it open to the public for the first time. 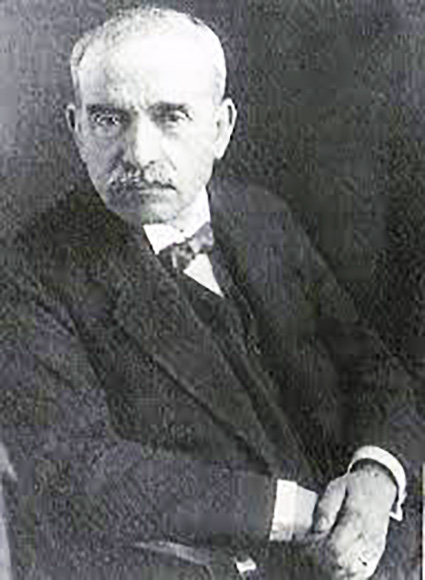 Its founder, Aby Warburg (above), was a scion of the Hamburg banking family who turned his back on the family business he was destined to head to study art history after being beguiled by the Renaissance art he saw in Italy. He made a deal with his younger brother Max: he would hand over the bank if Max would buy him whatever book he wanted whenever he asked. Max, who became a very successful businessman, said it was the worst deal he ever made.

Aby was interested in the influence of antiquity on modern culture, and his doctoral dissertation was based on tracing the sources for two Botticelli paintings. He invented a new method that came to be called iconology, the analysis of a subject’s symbolism through visual imagery and its interpretation in social and political terms, as distinct from iconography which is more simply the study of subject matter in the visual arts. His unfinished magnum opus is Bilderatlas Mnemosyne, a visual odyssey through world history involving hundreds of thousands of images.

The library was established in Hamburg in 1909 and became a research institute in 1926, three years before Aby’s death at 65. In 1933 the Warburg was secretly evacuated to London and in 1944 it was signed over to the University of London in a deed of trust "to maintain and preserve the collection 'in perpetuity' as 'an independent unit'". The collection that came to London numbered about 10,000 images and is now about 450,000 with 350,000 books. In 1957 its own building was commissioned from Charles Holden, best known for designing Tube stations, which was only half completed.

The relationship with the university hasn’t always been smooth, though. In 2011 the UoL senate questioned the 1944 deed of trust and its obligation to the collection but after a fractious three years, which included some court action, differences were resolved and now they’re good to the extent that the university has contributed £9.5m to the redevelopment costs. The rest of the money has been raised from today's sale, trusts and individual donors, many of them based in Germany and especially Hamburg with which Sherman has been eager to strengthen connections.

The Renaissance plan devised by the architects Howarth Tompkins expands on the original mix of discovery, display and debate that Aby Warburg designed in his “library for kulturwissenschaft” - the science of culture. There will be a welcoming new entrance, new public spaces, including a gallery and digital lab, a café, and an enlarged lecture hall in the central courtyard, which should all be complete in spring 2024.

The central courtyard would be for studying archives but also for conversations with curators, artists and scholars, Aby Warburg's reading salon that was never replicated in its new location until now. It will be, says Sherman, for scholars from other institutions to study archives but also for discussion of ideas, experimental themes, cultural controversy because, Sherman says, it tends not to happen in the institutions themselves.

And what the proceeds of today’s auction will specifically be for is the art gallery. “It really strikes me as strange” says Sherman “that while we have an MA course in curatorship the Warburg has never felt the need to carve out space for a gallery”.

The prospect for exhibitions in this unique place is exquisite: displays of Warburg-related material, such as the tarot cards and related materials of the arch Satanist Aleister Crowley (which live at the Warburg); displays marking the 75th anniversary in 2025 of former Warburg director Ernst Gombrich’s The Story of Art, a bible for every art history student; Elizabeth David’s A Book of Mediterranean Food (both of which have connections with the institute); research and display projects of Warburg’s specialist students; the work of the artists-in-residence that will be part of the Warburg Renaissance; collaborations with other museums (for instance Gerhard Richter’s Atlas at Serpentine and Aby’s Bilderatlas at the Warburg); experimental projects on new kinds of digital curation.

And it’s important because Aby and his Bilderatlas were about understanding ourselves through history and how we have visualised it in order to steer a way to a satisfactory future. Exactly what, at this junction of war, pestilence, climate change and rising social schism, we need.