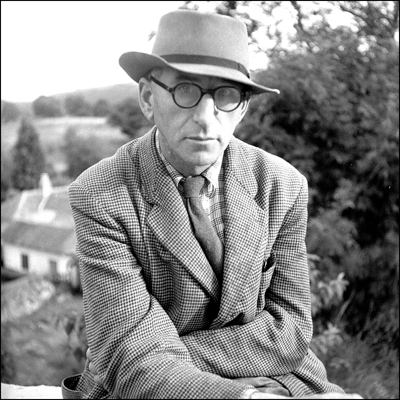 The Covid crisis has revived the idea of creating a basic income for artists. Too often it’s been dismissed, even by artists themselves, as the kind of crazy idea which will never happen.

But just across the water the Irish government is embarking on just such a plan.  The Basic Income for the Arts scheme will run for three years with 2,000 eligible artists and creative arts workers, selected at random, receiving €325 (£270) a week from the state to allow them to carry on their creative work.

The scheme was one of the top recommendations when politicians in Ireland asked a recovery taskforce to come up with suggestions as to how the cultural sector could emerge from the shock of the Covid closedown.  The taskforce followed up with a consultation forum last December when over 150 participants from 50 arts and culture organisations said yes to the idea.

The scheme is far from flawless. Disabled artists have pointed out that they risk losing existing allowances if they are successful in getting a place. And with more than 9,000 artists from every sector having applied for a spot on the pilot, there are going to be an awful lot of disappointed writers, sculptors and dancers in Ireland when the lottery winners are announced.

But it’s all of a piece with what seems to be a genuine commitment to backing a cultural revival in Ireland.  Contrary to expectations, the current coalition government in Ireland maintained its overall support for the arts in its recent Budget, maintaining Arts Council funding of €130m, a €25m boost for the live entertainment sector, a €6.65m increase in funding for the film development agency Screen Ireland, and new tax credits for gaming, plus extra cash for the flagship National Cultural Institutions (the Abbey theatre, Wexford Opera etc).

The new basic income policy was heralded by some predictable self-congratulation amongst the politicians, who lauded their commitment to culture.  “I want the arts not just to recover, but to flourish” said culture minister Catherine Martin when making the original announcement, while the prime minister Micheál Martin said, “Ireland’s arts and culture in all its distinctiveness and variety is the well-spring of our identity as a people”.

But there’s nothing new about Ireland’s support for individual artists. Indeed, it’s over 30 years since the state created a rather peculiar institution called Aosdána (which roughly translates from the Gaelic as “Men of Art”). This organisation, if it can be called that, mainly exists in order to provide a stipend to those of its more distinguished members who struggle to make a living from their work. Aosdána has around 250 members, entirely self-selected, and includes almost all the country’s most revered names in literature, visual arts, music, architecture and choreography. Among its luminaries are  Edna O Brien, Booker winner Anna Burns, film-maker Neil Jordan, artists Rita Duffy and Turner prizewinner Willie Doherty.  Membership is for life, and members are only required to turn up once a year for an assembly to discuss matters relevant to the arts and to elect new members, if there are vacancies caused by ministrations of the Grim Reaper.

Aosdána  was not created as the result of a consultation forum or an economic report; it was conceived in a series of conversations between the novelist AJ Cronin, author of The Citadel and Dr Finlay’s Casebook, and the then Irish prime minister, Charles Haughey. Haughey was a kind of prototype Boris Johnson with a reputation for political skulduggery and an easy-going attitude to the strict moral codes of the times (he was forced to retire from politics in 1992 after a phone-tapping scandal). But he was also a genuine lover of the arts with a valuable collection of his own and was a willing patron of many an emerging poet. Cronin had discovered that some of Ireland’s biggest literary names, like the poet Patrick Kavanagh (pictured here) and humourist Flann O’Brien were living in a state of penury. Aosdana was seen as a way of “honouring artists who had made an outstanding contribution to the creative arts” in a way that would assist them in “devoting their energies fully to their art practice”.

What’s remarkable about Aosdána  is how little fuss is made about the fact that it subsidises some of its members to the tune of about €3m annually - the stipend is worth about €20,000 a year, without asking much in return. Apart from an occasional spat with the Irish Arts Council about its male dominance (almost all new members are women) Aosdána has seen off any attempts at reforming its somewhat esoteric existence. There are few squeals of outrage in the tabloid press and the grievance machine that is social media seems largely to have ignored it.

Perhaps this says something about Irish society or about the status of artists in the country. It is remarkable that a populist politician like Haughey saw no detriment to his electoral fortunes in espousing the cause of the arts nor in dispensing taxpayers’ cash to indigent artists solely on the grounds that they should be honoured and venerated because of their art. As Cronin said in explaining his reasoning for Aosdána, “Art, let’s face it, is a bit of a mystery. It is engaged in, for not fully explainable or justifiable reason”.

The basic income scheme now being rolled out will not be so hands-off, and artists on the scheme will have to demonstrate that they are engaged in the creative act. Already the idea is receiving attention in Australia and Canada, where some politicians, not all of a radical stripe, think it’s worth exploring how a society can protect the creative spirit in a world obsessed by commercial imperatives.

The cost of living crisis means that we are once again having to think about how much we need material things, but perhaps it’s also time we thought about other things that we really value. And how much we are prepared to pay to keep them.