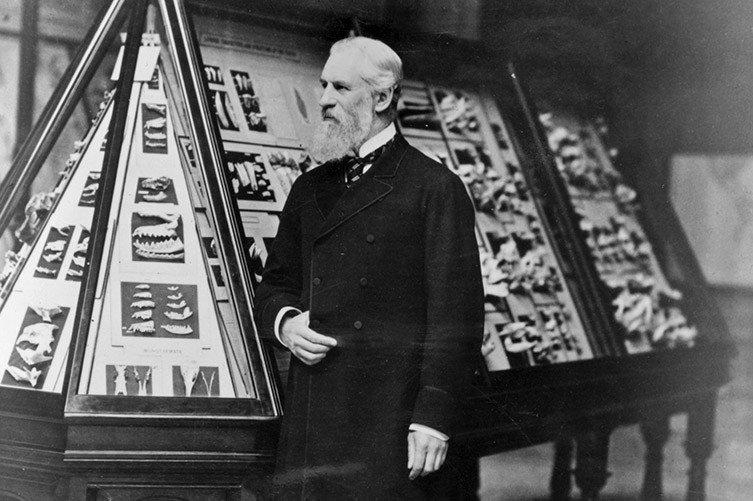 TAITMAIL Museums: antidotes to brutality and vice, not political tools

The sacking of Jaroslav Suchan as director of Poland’s state modern art museum in Lodz in April for ideological reasons has set off alarms across the globe, condemned by the Tate’s Maria Balshaw among the world’s directors.

Richard Armstrong of the Guggenheim in New York wrote to the Polish culture secretary that the dismissal was “a shock to the museum community worldwide”. It was, he said, the latest in a series of such removals by the Polish government indicating “the government’s wrong-headed move to reduce these museums to the status of ideological puppets”.

And this week Liz Ann Macgregor, former director of the Ikon Gallery who has just stood down after 22 years in charge of Sydney’s Museum of Contemporary Art which she transformed from a local asset into an international attraction, retailed the bullying she had had from politicians at all echelons. “Anyone who’s dealt with certain levels of political discourse will have dealt with this, whether it’s at federal or state level or indeed at a council level” she said. “A few people said to me, ‘Why don’t you just get on a plane and leave?’ But I didn’t, because there was such great support … I just had to keep the faith that we could get through it and not lose. That wasn’t even confidence. It was just sheer bravado.

“It’s just a modus operandi for politics in this country, and maybe politics everywhere, though I’ve never found it quite as vicious as I found it here.”

The fear is that this insidious political control of museums’ stories is worming its way into institutions here in the UK, through the appointment of placemen on boards of trustees and the DCMS’s campaign against what it likes to call “wokeness” with cabinet ministers weighing in to threaten grant cuts to museums that don’t comply.

But for the Museum Watch project the issue goes much deeper, into the nitty-gritty of the everyday running of museums and galleries. Its chair is the Belgian museum director Bart De Baere who reports a recent “pattern of astonishing, sometimes nearly absurd, cases of primary interference of politics in museum governance, virtually annihilating the capacity of the institutions” he says. The interventions are usually framed as having an ideological purpose, but they are just as likely to be random exercises of control.

“There are paradoxes here” De Baere says. “There’s a tendency to think politicians should be excluded from governance, but there’s also the awareness that it is fundamentally important to have direct contact with those politicians, and preferable to be in continuous discussion with them.”

And political requirements can demand actions museums are not geared to carry out. “Although museums are asked to practice and promote environmental sustainability, for example, they are lacking the proper support to make their operational activities more green and environment friendly” says Intercom’s chair, the Croatian museum director Goranka Horjan.

Museum Watch seems to be concentrating on Europe, but could political tinkering in museums and galleries be happening elsewhere? It could, and more initiatives by the international museums community are already looking at what’s happening in Venezuela, Bosnia, India and Zambia for new reports.

Here, those alarm bells have already been jangling with the defenestration of an academic trustee (who in working life researches colonial history at King’s College London) of the Royal Museums Greenwich who the culture secretary thought was a dangerous decolonialist (over which the chairman of trustees resigned), and another historian, Sarah Dry, resigned from the board of the Science Museum when she was asked to “explicitly express support” for the government’s policy against removal of contentious objects - e.g. statues of historical figures associated with slavery.

Last year a group of directors in the heritage sector wrote to the Sunday Times “deeply” worried that ministers might be trying to undermine research into areas they would prefer not to be explored. “Such interference stifles the capacity of historians to do their work and exerts a wider chilling effect” went their letter. “It may deter - it may be intended to deter - historians from difficult or sensitive research… If anyone is being ‘political; here it is politicians who violate the arm’s-length principle by seeking to dictate what research our heritage bodies can and cannot support”.

Meanwhile, this week the Museums Journal reports that the Welsh government is asking museums to help deliver its new Anti-Racist Action Plan: “A consultation found that there was a feeling that that public bodies have been ‘cautious, and sometimes resistant to supporting and representing diverse ethnic minority groups’ due to actual or perceived restrictions on use of public funds for political or religious programmes”. Is that political interference or a legitimate corrective social measure?

Museums are not political creatures, never have been. They adapt and grow, flexing with social change and requirements; they may present their story from a particular standpoint, but they don’t campaign.  A century ago the first director of the Natural History Museum, William Henry Flower (pictured here), wrote: “A museum is like a living organism; it requires continual and tender care; it must grow or it will perish”.

And museums are changing. With new technology and an openness among curators to new knowledge, their approaches to their collections are much more immediate, their awareness of their audiences and their communities - not always the same thing - more acute, and their acceptance of traditional construing of their stories no longer a given. National Museums Liverpool has a dementia awareness programme for its visitors, using their collections to spark memories for those whose minds are no longer anchored to the present which it has just fine tuned to include an app tailored to the local Yemeni community they have identified as part of their audience.

Meanwhile, ICOM also has on the table two proposals for a new definition of what a museum is for. Currently a museum “acquires, conserves, researches, communicates and exhibits… for the purposes of education, study and enjoyment”: both new definitions on offer insert the crucial word “interprets” to the list.

But this does not mean, as De Baere says, that the curators have to go into confrontation with politicians in order to make the interpretations their researches suggest. On the contrary, and the words from the mid-19th century of the founder of the V&A, Henry Cole - a skilled manipulator on behalf of his own projects who by-passed politicians by going straight to the monarch - can be as relevant now as they were then: museums, he said, are “temples where all can worship in harmony… They teach good habits of order and cleanliness, and politeness….

“Museums are antidotes to brutality and vice”.

Good museum administration is hand-in-hand with good governance, which means managing political contact without being controlled by it, according to Intercom’s Goranka Horjan.  “Good museums management is intertwined with effective governance” she says, “The relation between internal stakeholders is crucial to this. Our approach starts with the identification of problems. We then seek solutions with the aim of establishing a useful set of tools that can help museums’ working conditions and operational procedures by applying transparent and responsible governance based on professional excellence”.

In other words, museums run by professionals for the benefit of the public and with the support, not the direction, of funders.