Whether or not they have arrived in their chosen place of refuge by legitimate means is not part of the definition, but it is asylum seekers that this country’s government is sending, at great cost and challenge to international human rights laws, to Africa regardless of where they originated or believed they were destined for. The truth is, no matter who we think we are at some point we all came to this new Jerusalem from somewhere else.

The United Kingdom has a long history of welcoming and benefitting from the people we have given sanctuary to - German merchants, Dutch bankers, Flemish weavers, French jewellers, Jewish tailors, Italian waiters, Irish navvies, Caribbean musicians - and because this country is at a geographic and political cross-roads and is traditionally liberal in its international outlook that history shows no sign of ending, despite the periodic efforts of politicians.

This excluding behaviour on our behalf is not only offensive to most of us and quite possibly illegal, it’s a denial of what has been a cherished quality of British life. We befriend, and from our new friends we learn.

Of all the gifts our guests have brought, culture has been the most treasured and the most lasting and this week, Refugee Week - first celebrated in 1998 when it was still the government’s policy to welcome visitors and their particular skills - is a celebration of the cultures they have brought. That is not to mean the religious customs and practices some citizens find it difficult to comprehend; this is quite simply art.

Art that is used to represent a trading nation has long been exploited for its “soft power” as it’s called. In The Guardian this week Charlotte Higgins argues that the use of culture is far from soft now, and in the context of the Ukrainian War it has been weaponised to become central to strategy. But from the Ukrainian refugees that we welcome, albeit haltingly, we are learning more about their huge homeland through their art than we ever could from textbooks.

There is growing support among UK artists for their Ukrainian counterparts, and London Fine Art Studios for one has been championing the work of displaced Ukrainian painters like Evgenia Bozhko from Odesa whose 2021 painting is the main image here.

This time the theme of Refugee Week is healing, focussing on recovery from the Covid pandemic but more on helping Ukrainian emigrants put their fractured lives in some kind of order in a land that is no less strange to them than theirs is to us.

The week’s activities are co-ordinated by Counterpoints Arts which was created by Almir Kodzic (below) who fled the exploding Yugoslavia 30 years ago. In 1998 he came across a refugee event on London’s Southbank that featured musicians, spoken word artists, dancers and other performers from all over the world. 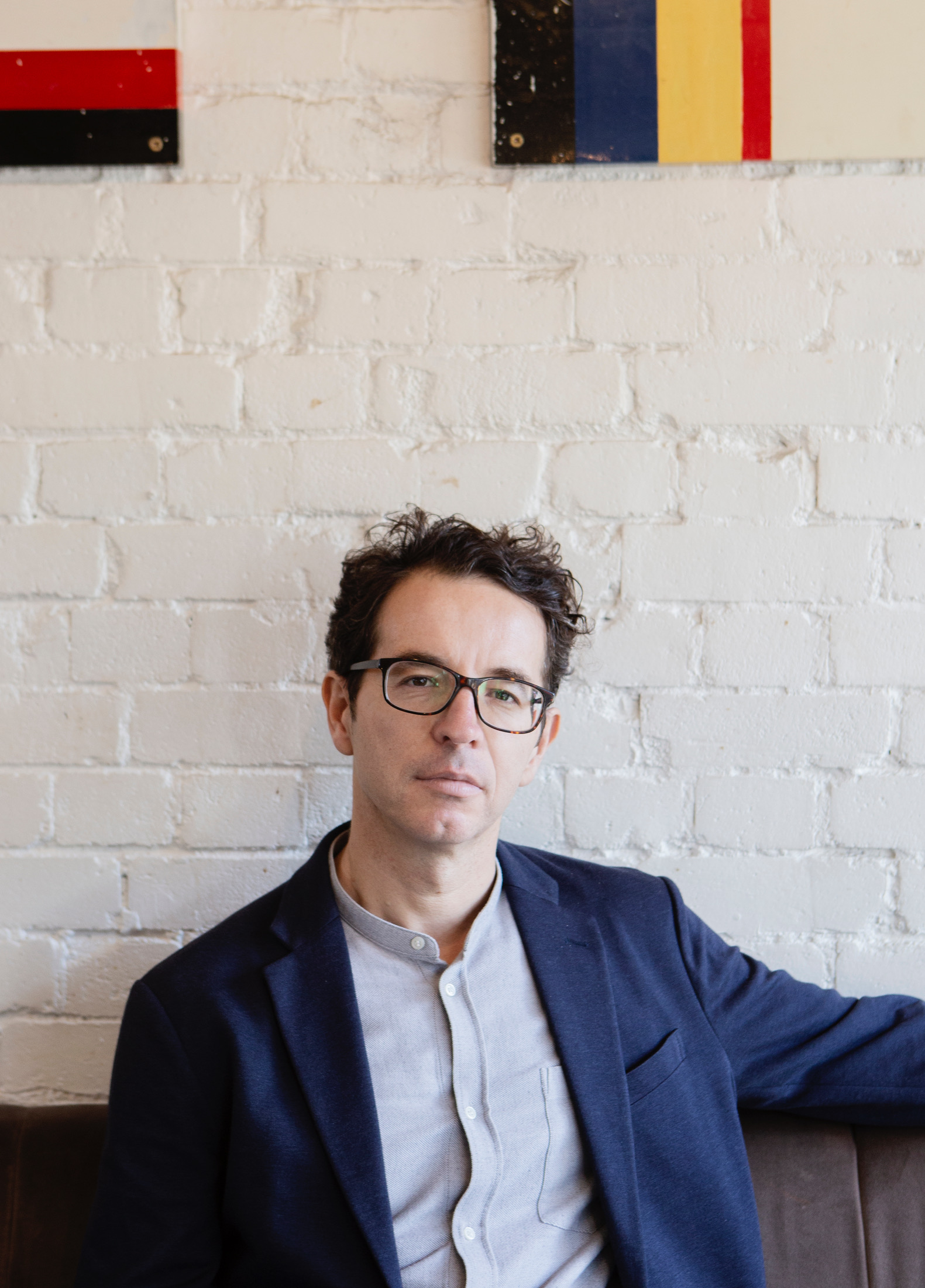 “The performing artists were unapologetically cool, talented and confident” Kozic says “presenting a picture of refugees that was totally different from the ones presented by the British press at the time. To the young me, navigating the loss of my country and searching for ways to rebuild myself, this was a moment of connection, when I felt like I might have found a place, and a community, where I could belong”. He co-founded Counterpoints Arts straight away to develop the arts by and about migrants, and three years later the United Nations designated June 20 as World Refugee Day to mark the anniversary of the 1951 Geneva Refugee Convention.

Refugee Week is, he says, a platform for bringing the issues of displacement and migration before the host nation. “As an arts platform that invites audiences of all ages and levels of understanding to engage with the experiences of displacement, Refugee Week is all about promoting curiosity, learning and bringing people together”. Counterpoints’ partners now are the National Education Union, British Red Cross, the UN Refugee Agency, Refugee Action, the Refugee Council, the Scottish Refugee Council, the Welsh Refugee Council, the Northern Ireland Community of Refugees and Asylum Seekers (NICRAS),  Amnesty International, Freedom from Torture, Solidarity with Refugees, British Future, City of Sanctuary, Student Action for Refugees, Migrant Help, the UN’s International Organisation for  Migration, Sponsored Refugees, Oxfam and IMIX, the migration communications agency.

The V&A’s National Art Library has a stand-out exhibition in which six objects are used to tell the stories of six immigrants, but there are diverse manifestations of refugee art all over the country.

Maria Tsymbal escaped Ukraine two months ago and her new work features in an exhibition of migrants’ art at St Paul’s Church in Bedford. Coming to Britain, she says, has transformed her painting: “Back in Ukraine, I used to oil paint” she tells the BBC in her newly acquired English. “But it was on this land that I got special inspiration, joy and power to paint new works of art… I'm very grateful to English people and English land. God has given me special energy so I can create new paintings here... They are full of inspiration and life".

Distanced Assemblage in Glasgow is a collaboration between Paria Moazemi Goodarzi and Francisco Llinas Casas, originally from Iran and Venezuela respectively, whose Alter exhibition is seven interactive, movable sculptures, houses where visitors can hear migrants’ stories in sequence to get the full narrative.

Awate was a child refugee from Eritrea who became a rapper and has had guest residencies at the Roundhouse, Tate Exchange and British Library. He draws his material not from his native soil but from his experiences of growing up on an estate in Camden, being excluded from school and combating racism, and he is presenting About Us! at the Southbank Centre. 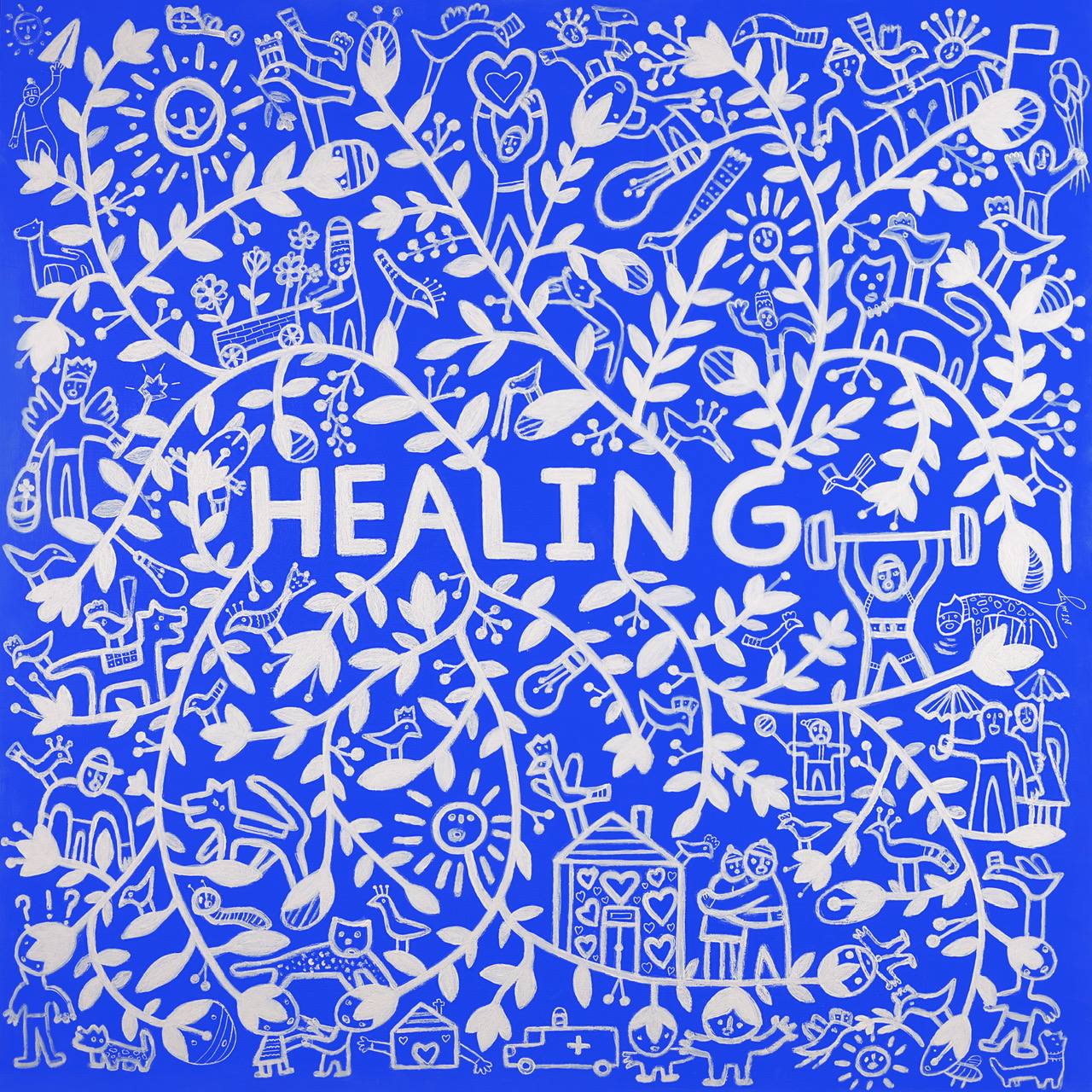 Nima Javan is an Iranian refugee who came to the UK two years ago via Greece and a miniature artist who has created the lead graphic for the festival (above) which features on the Refugee Week 2022 posters and postcards. He has a studio in Liverpool.

Andy Barnham is a London-based Hong Kong-born photographer brought up in China, Japan and Saudi Arabia and was a soldier in Afghanistan. He has worked with 14 Afghan interpreters who fled to the UK after the fall of Kabul in 2021 to produce a series of photographs where he layers 14 separate frames of the anonymous men.

Raghad Mardini is a Syrian engineer and curator is creating an exhibition P21 gallery in North London with her friend, the Syrian artist and refugee Heba Al-Akkad, based on the experiences of the two women of living in and surviving patriarchal societies. Al-Akkad uses fabric she cuts from her own dresses to make artworks with Mardini contributing her collection of lavish dresses and archive photos from Damascus, “echos from the past.”