Nine years ago when it took the prize over from the Gulbenkian and wrested control from the trust that founded it, the expectation was that at best it would be very much revised, at worst a year later that the fund’s new director Stephen Deuchar would see it as an over-lavish extravagance for a charity entirely dependent on its membership and those members’ good will.

At a hundred grand it is easily the most generous museum prize in the world, the biggest arts prize in Britain, which was part of the founding principle in the early noughties when a group of museum people, led by Simon Thurley then of the Museum of London, wanted to combine half a dozen existing prizes that no-one really noticed and create one that would be so big no-one could avoid it, and thereby take museums seriously. Or less seriously, if you like, but make them more popular. Sadly, one of the leading proponents and the most determined trustee, Jim Bishop (once of The Times and the Illustrated London News, later chairman of National Heritage), died last month and his memory deserves a prize in his name.

They had to wait two or three years before Mark Taylor of the Museums Association announced that he had talked the Gulbenkian into it, and it launched in 2003. The Gulbenkian, guided by Sian Ede, did it for five years and withdrew – the prize might be £100,000 but it costs at least as much again to run it: panic – recession loomed, who would have a spare £100k? And the Art Fund’s David Barrie stepped forward.

But Deuchar, who succeeded Barrie, has taken the founding spirit on full belt, and last night the shortlist for the 15th winner was announced. The magic of this prize is that it goes simply to “the best museum or gallery in the UK”, no other qualifications or provisos or declarations of how sensibly they would use the money and not fritter it away. It’s open to any museum or gallery, monumental or tiny, and representatives of both nodes on the spectrum have won it. Nottingham’s Galleries of Justice, this week reinvented as the National Justice Museum, was the first winner. 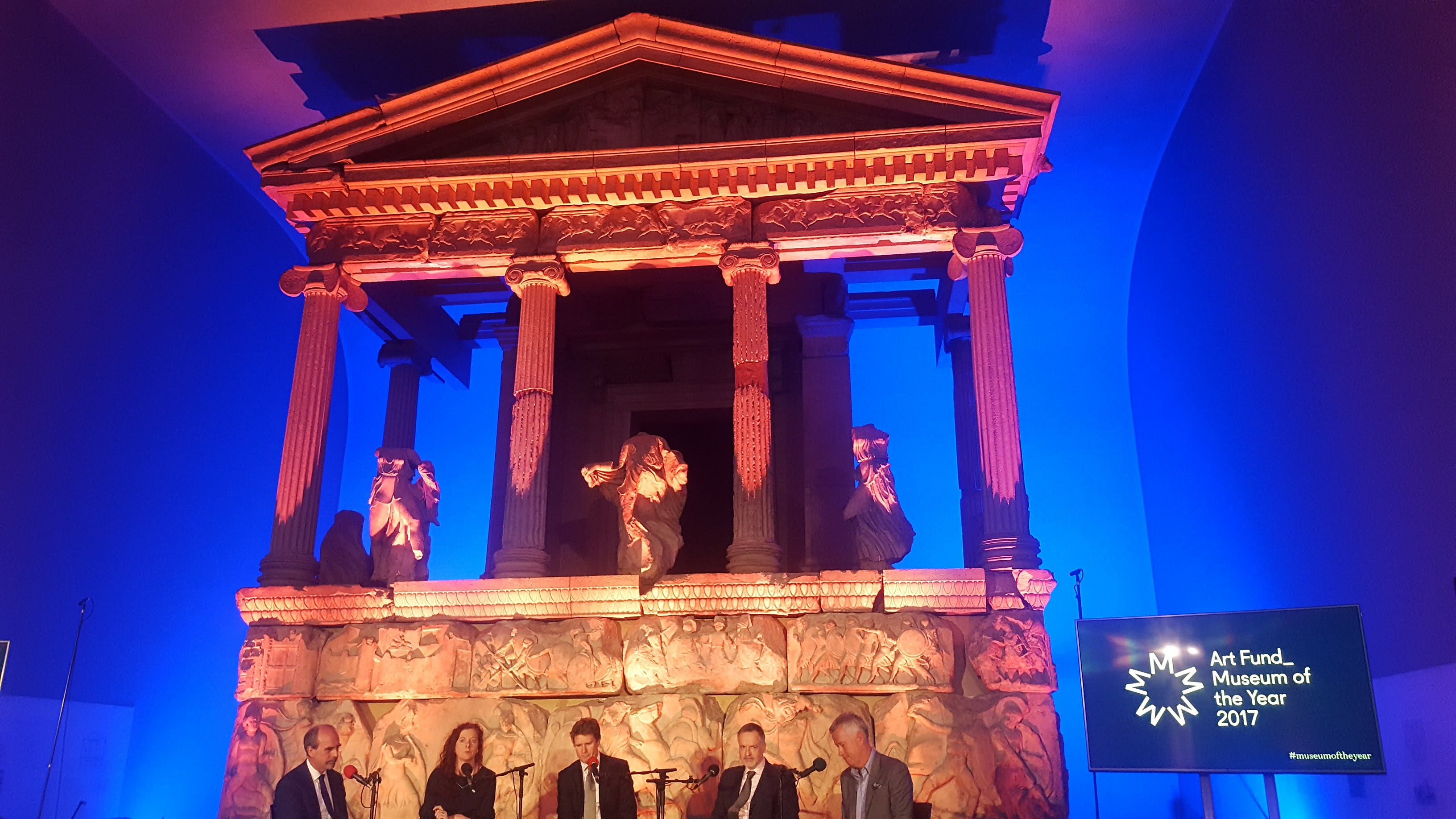 And if it hasn’t entirely been responsible for the boom in museum attendances that has happened since it started 14 years ago, it has certainly been part of it. The national media have to take notice, and last night’s announcement of the shortlist, not even the winner, was deemed worthy of a whole Front Row half hour on Radio 4 (above), which gave the BM’s Hartwig Fischer the chance to say why he’s moving things around there but with the Elgin Marbles staying put, the V&A’s Tristram Hunt why he is no longer in favour of charging for admission at national museums, and everyone to bemoan the terrible state of local funding.

This morning museum folk will have been picking over the choices of the judges – each list as eclectic as the other, the panel being the BM’s new director, Hartwig Fischer; Boris Johnson’s culture deputy when he was mayor, Munira Mirza; the Radio 2 DJ Jo Wiley; and the artist Richard Deacon.

The shortlist is the Lapworth Museum of Geology in Birmingham which has just had a £2.7m refurb, which is gratifyingly little and unknown; Tate Modern’s £260m Switch House built on the back of the Boilerhouse bit of the old Bankside Power Station which, as Nick Serota’s last hurrah, almost has to be there but probably won’t win it because a London national, the V&A, won it last year; The National Heritage Centre for Horseracing & Sporting Art in Newmarket, opened by the Queen in November and which has live horses in it; everybody’s favourite Museum, the Sir John Soane’s, which has transformed itself by opening up the private apartments at the top; and the probably winner, for me, the Hepworth Wakefield which opened  five years ago in a corner of Yorkshire but has subsequently made a national impact, with last year creating the first national sculpture prize.

But any one of them could win it, and we’re back at the BM in July to find out which does.